On day 2, we woke at 5 am to attempt to make it to Odda, and on to Trolltunga by 10 to start the hike we had traveled to Norway to accomplish. The rain had different ideas. I’m a glutton for exercise punishment and all, but a 12 hour hike in the rain/fog/snow didn’t sound all that appealing. As we drove towards Odda, we looked for alternative activities but came across little to none that are recommended for this time of year.  Truth be told if we had stumbled across an open bar or restaurant, there is a guarantee we may have bellied up for the day, but being the off season, basically nothing was open. 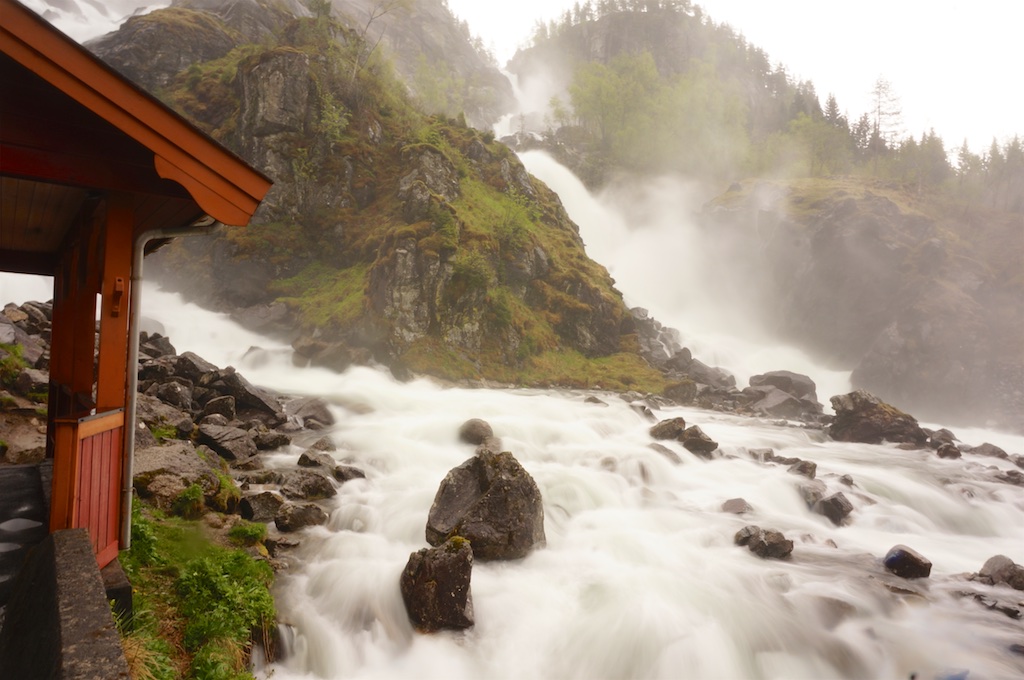 On a road stop sign near Latefoss Waterfall we noted our proximity to the Buer Glacier just outside of Odda and see how close we could get, and see if we could see the actual Glacier. Norwegian laws still maintain the concept of everyman’s right, or Allemannsrett. Which basically says that everyone has the right to go everywhere, including on private land provided you show respect for the landowners and keep a distance from their homes.

With Allemannsrett in hand, we finished a parking lot lunch of weird bread and grocery store meats and followed subtle markings for the glacier trail, which happens to begin in the middle of a farm at the valley floor. 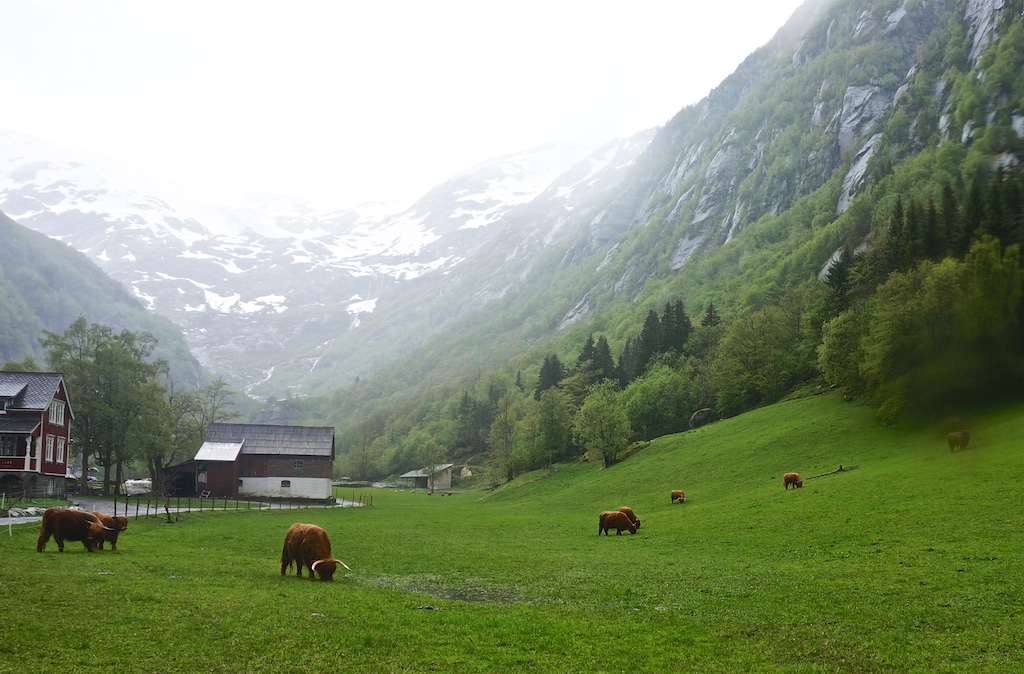 Throughout the hike, the fog was most very dense which masked the mountains and waterfalls surrounding us. As we crossed continued up over glacial streams, rope assisted rock climbs and crevasse bridges the sky opened up to reveal our first view of the actual glacier as we neared it. The bulk of the glacier is still covered with snow into late June, but the faces of deep blue opened up just enough to give us perspective on the mass.

That same snow prevented us from exploring on the actual glacier, as determining solid ice vs. snow vs. death crevasses was impossible. Even the signage noted the danger, which in Norway is saying something considering their was not the twitch of a danger warning at either Pulpit rock, or Trolltunga. The wetness made the hike very slick, but in some ways more fun given the ropes and all the rock scramble.

We spent a couple hours near the Glacier alternating between drinking ice cold glacier water direct from the source, and using said water to cool off a beer or two. As one does.